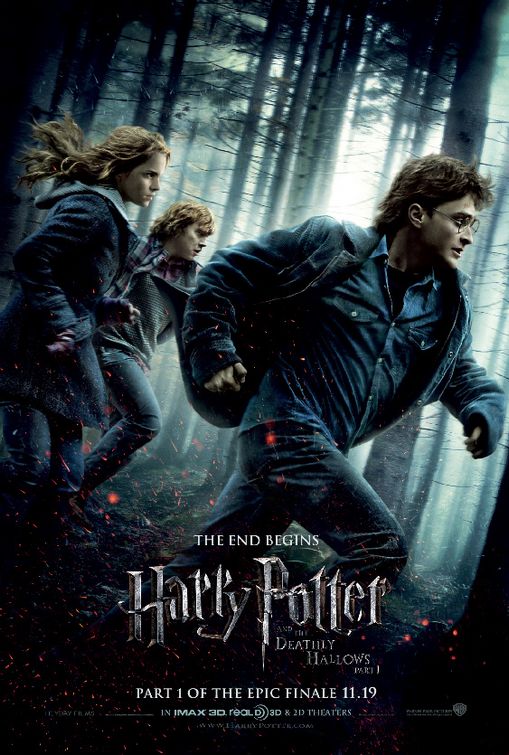 The first part of the finale of Harry Potter is upon us and “Epic” seems to be the word the promotions of the film are calling it, and they may not be wrong.

I’ve enjoyed the previous Harry Potter films, especially the earlier few, but I really struggled to remember what had happened in the films prior to this one, apart from the events in the first two films the rest of the films seem like a blur all mashed together.

It’s fair to say in my opinion the films have gradually got worse for me as they have gone on and I’m not sure if that’s to do with me growing older as they’ve come out or if they really have been worse, but I was pleasantly surprised that Part One of the final film in the series does not follow this pattern.

The movie begins with everyone in the wizarding world and the real world not being safe, with Voldermort out to murder anyone who gets in his way in his attempt to kill Harry Potter.

From the moment the film starts Harry, Ron and Hermione are on the run and keep changing locations in order to keep Harry safe and continue in their quest to find and destroy the Horcruxes, an object used to obtain immortality, in order to defeat Voldermort, who’s powers are growing stronger by the day.

Even though the films biggest action moments are only really a lot of running and spells flying at each other, it was definitely one of my favourite Harry Potter films, a lot better than the last one anyway. 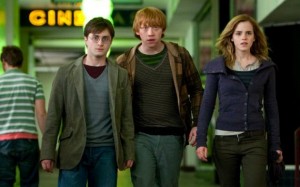 It also does a brilliant job of getting you excited for the next and last instalment of the franchise, which will come out in cinemas next summer.

There were a few strange parts in the film that I’d like to mention. One bit when Harry and Hermione randomly start dancing to the radio, which was weird enough, but another bit when the Horcrux locket is opened and Voldermort’s voice taunts Ron, it creates an illusion of Harry and Hermione making out… naked. I can understand the making out bit to make Ron angry and insecure, but why did they have to be naked. I just thought it was a bit weird and deserved to be mentioned that’s all.

Anyway back on subject, if you like the Harry Potter films you should love this film. It’s definitely one of my favourites of the seven movies so far and I’m eagerly anticipating the eighth and final movie of the Harry Potter series that will be showing in cinemas from 15th July 2011.