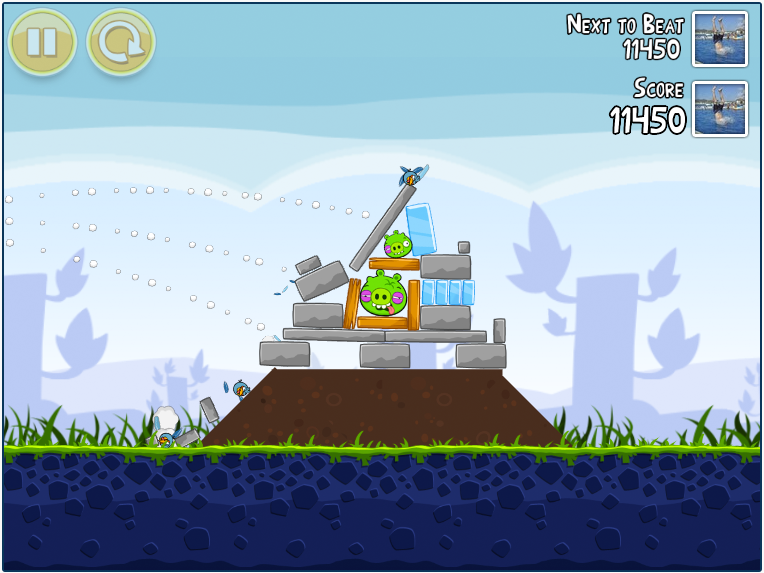 So, first you could play it on your mobile, then in your browser, but now you can play the amazingly successful Angry Birds game on your social network, Google+.

After receiving more than 20 million sign ups in the first two weeks, Google+’s rapid start to it’s new social life has slowed down as of late, but now the new social network is “open for all”, I am expecting yet another flood of users to join in the next few weeks.

Especially if they keep adding cool new features like the games section, which I know is over 6 weeks old but I only discovered it earlier today, and have been playing Angry Birds on it ever since.

You can play the game just as you would before, but your Google+ friends highest scores are your new competition, as you aim to get the highest points on each level out of the people in your circles. (See the “Next To Beat” scoring in the image above)

So go and sign up for Google+ now and play Angry Birds against your friends today!

If you like you can also add me, George Anderson, to one of your circles and compete against my scores on Angry Birds.

Play Angry Birds in your browser!
Getting To Grips With Google+
The Sims Social on Facebook