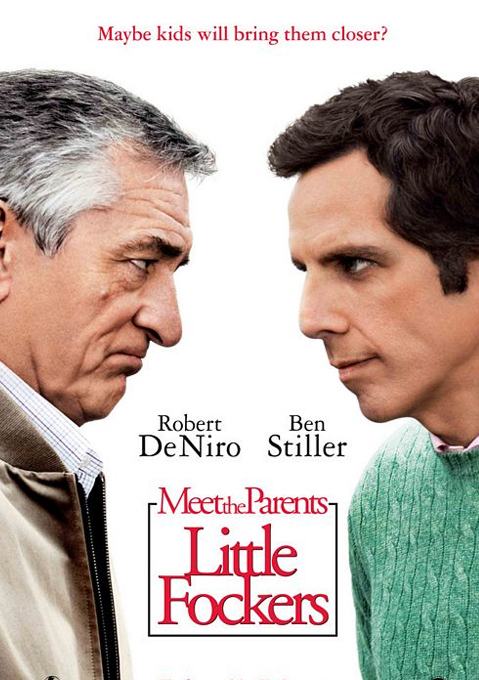 The Fockers are back and this time they are joined by two new family members, twins Samantha and Henry. However this does not change anything, as the same typical Meet The Parents style of messing up everything they try and do remains, which brings yet more laughter to the watching audience.

The Focker and Byrne families are getting together again for the twins birthday party, and with Jack’s(Robert De Niro) other son-in-law walking out on his daughter, he now realises next in line to succeed his role of the family leader, is Greg “Gaylord” Focker(Ben Stiller).

Although after 10 years their bond is a lot closer than what is was in the beginning, Jack still has doubts with Greg and especially after he takes a strange job speaking on behalf of a erectile disfunction drug company, offered to him by a very over friendly woman named Andi Garcia(Jessica Alba). Then a series of spying, misunderstandings and a lot of mishaps brings us some funny moments to watch, as Greg is desperate to prove to Jack he is capable of leading his family.

A lot of negative reviews have been written about this film saying it isn’t as funny as the previous two films, however I disagree and I found myself laughing out loud more than enough times to tell me it was a funny movie. In particular, Owen Wilson’s role as Kevin Rawley, Greg’s friend and Pam’s(Teri Polo) ex, who is still trying so desperately to impress her, is just hilarious and the lengths he goes throwing the twins party at the end should have you laughing as well as being in awe of how cool that party would have been if you were 10!

Overall the film is a good funny film, and if you want to see a film to make you laugh during the festive holidays, then this may be the choice you should make.