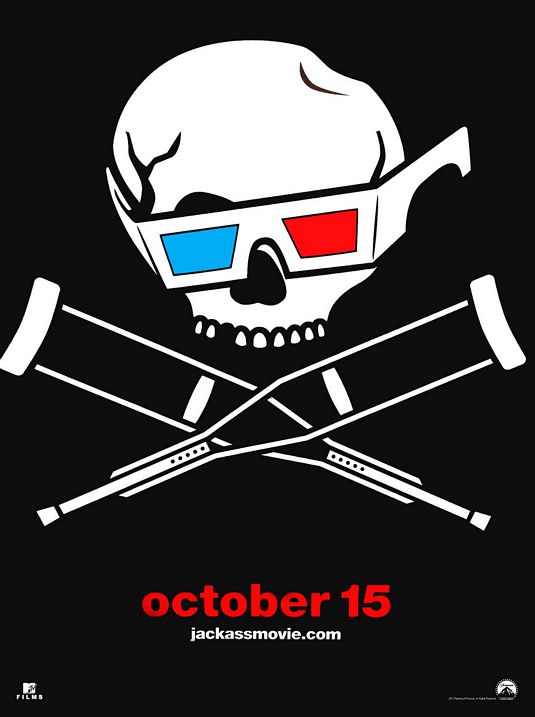 If we thought Jackass couldn’t get more crazy and funny, they decided to bring out a movie in 3D. Unfortunately I watched it on DVD, so did not get to see the 3D effects of the film but in all honesty, I’m not sure I missed out on much, maybe apart from the long introduction and ending which were almost trying too hard for the 3D.

Enough about the negativity of 3D and back to a nice 2D version of Jackass 3D and phrases, “Oh my God”, “No way”, “Ouch” and “Urgh” were again repeated very often watching this film along with a lot of laugh out loud moments, some bits which were just genius, some were just disgusting.

You don’t meet many people nowadays who haven’t heard of Jackass but for those that do not know, they were a bunch of young guys who decided to film themselves doing crazy stuff and ended up getting snapped up by MTV. They carried on doing crazy stuff and now after 10 years of many bruises, broken bones and a broken penis(Johnny Knoxville) they are still doing crazy stuff for the enjoyment of their fans. 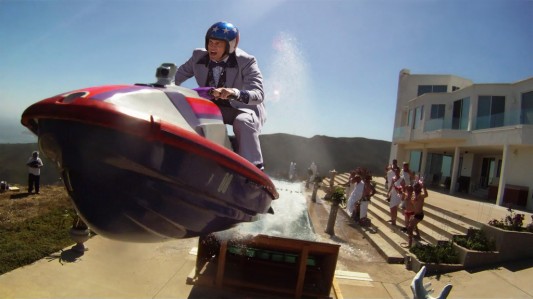 Jackass 3D is much of the same from the crew, with some highlights being The High Five, a giant hand swinging round and hitting unsuspecting members of the crew, Duck Hunting, dressed as ducks, someone is flung up into the air and shot at with paintball guns and the amazingly genius Jet Airplane, which sees the crew doing super cool things behind a jet airplane, such as throwing American footballs being it and the ball flying at other members, it’s hard to explain but it is really amazing and I’m surprised I haven’t seen it done before. 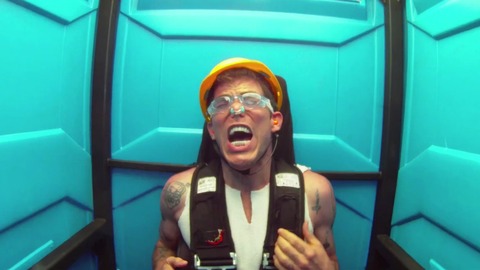 Some of the biggest cringes and bits that I found horridly disgusting and will make those with a faint stomach puke more than Steve-O, Bam Margera and the camera man put together are The Poo Cocktail Supreme, which see’s Steve-O in a port-a-loo filled with poo attached to a bungee being thrown up in the air, Toy Train Eruption, which I’ll leave for you to watch for the surprise and the Sweat Suit Cocktail which see’s the largest member of Jackass, Preston Lacy, wearing a sweat suit on a running machine and once enough sweat is ready, it’s put into a cup for Steve-O to drink, or should I say try to drink.

There are a few needless parts of the film, like the beginning and end and a random part involving midgets which you will know when you see it, but overall I really did enjoy the film.

If you are looking for films that entertain you by being funny, disgusting, amazing, painful and stupid, there really is no better movies to watch then the Jackass films and I would definitely recommend Jackass 3D to those of you who do like the show and those who fancy to laugh a lot in an hour and a half. For those of you with a faint stomach maybe keep a sick bowl nearby… you have been warned. 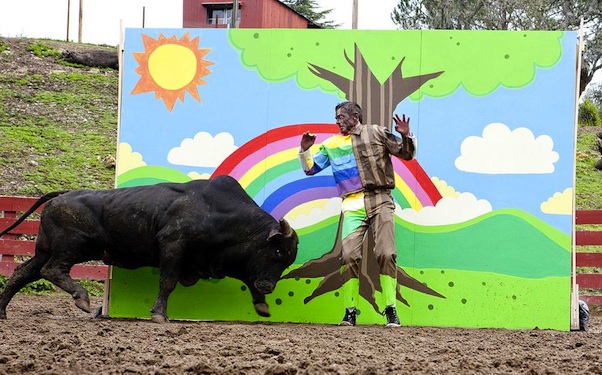