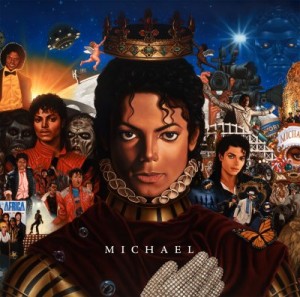 That’s right there is a new Michael Jackson album that is going to be released just in time for Christmas.

The album is called “Michael” and includes new unreleased songs, such as “Breaking News”, which has already been leaked online.

The whole album will feature 10 new tracks, with the first single being his collaboration with Akon, Hold My Hand, which was released on Monday 15th November.

Some interesting collaborations that I’m looking forward to hearing and I’m sure just with the name Michael Jackson being on the album equals a huge success, but it’d take something very big indeed to match the success of Thriller, but will it come close? We will just have to wait and see.

The album will be available on 13th December and you can check out a new track, “Breaking News” below and his new single featuring Akon by Clicking Here.